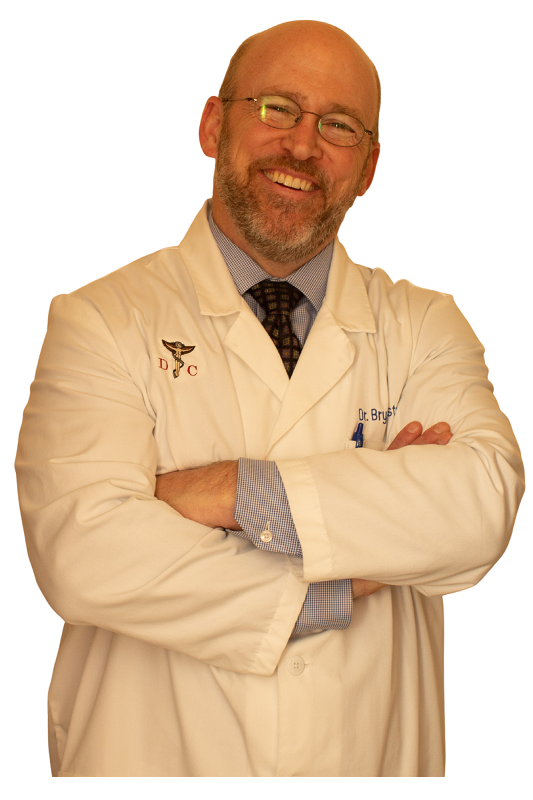 Dr. Hufstader grew up in the Southwest until he joined the US Army and was relocated to North Carolina. Early in life he was exposed to the body’s ability to heal itself when he nearly lost his mother to cancer. She was given a poor prognosis, her doctors expected that she would die, but she discovered that her body had more ability to heal than she had been led to believe. A chiropractor in Oregon began caring for Dr. Hufstader’s mother, and through his care and leadership her body healed. Dr Hufstader learned through that experience that the power that made the body heals the body. He also learned that this power flows over the nerves of the body, and chiropractic is the way to maintain that free flow of healing energy over the nerves. He received his first adjustment at the age of 9 and made his decision to become a chiropractor that same year.

Through his early life experiences, Dr Hufstader was being prepared for his ultimate life purpose. That is to help as many people as he can to live up to their full, God-Given health potential. Throughout his graduate school career at the prestigious Logan University, he consistently studied the research about chiropractic and the most effective ways to be healthy. As a lifelong learner, Dr Hufstader continues his education by staying abreast with the most up to date research on chiropractic treatments, body functionality, and natural health strategies.

Dr. Hufstader’s mission is to educate and support as many individuals and families as he can to achieve their God-Given health potential through natural chiropractic care. Since he opened his practice in Elmwood in 2008, he has helped thousands of people in southeast Nebraska to realize more robust health.

Font Resize
Contrast
Accessibility by WAH
Call Us Text Us